The puppetmaster of Lodz Gilles Segal 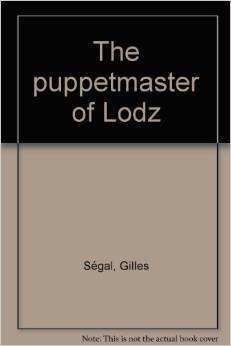 Not all the victims of war are killed in action or injured in battle. Sometimes it is the sheer horrors of warfare that destroy men just as certainly and thoroughly as the bullets, minefields and bombs themselves. The main character Finkelbaum in The Puppetmaster of Lodz was not a soldier but a survivor of both the horrific Lodz Ghetto, and the Chelmno Concentration Camp.

Of the 230,000 Lodz Jews plus 25,000 others (most likely political prisoners, gays, and gypsies) only some 877 remained on January 19, 1945 when the Soviets liberated the death factory.In the play, it appears that Finklebaum and another prisoner, Weissmann managed to flee shortly before the liberation and hid out from the Nazis.

Driven into the safety of his imagination, Finklebaum preferred the alternate reality world of his puppets, all of which represented either other prisoners, or those he loved and were now dead. Alone in his room somewhere in Germany with paranoia nibbling at his brain, and the memories threatening to corrode it completely, he created an alternate reality in which he shunned all outsiders, and refused to believe that the war was over.What we witness is how Post Traumatic Stress Disorder plays out on a human being, and it is certainly no comedy or drama.

If anything it is a tragedy, in the Greek tradition, but not with those larger-than-life gods or heroes, but with a simple, fragile, broken human being.

Comments
Comments for "The puppetmaster of Lodz":