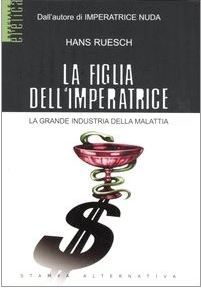 Hans Ruesch was a Italo-swiss racing driver, a novelist, and an internationally prominent activist against animal experiments and vivisection.Ruesch was born in Naples on 17 May 1913 to an Italian-speaking Swiss mother and a German-speaking Swiss father. He lived the first 14 years of his life in Naples, where his father was a textile industrialist and a specialist in Pompeian Art.

Ruesch attended boarding school in Switzerland. He then studied Law at the University of Zurich but dropped out in 1932 to join the racing circuit.After World War II, in 1946, Ruesch left the United States and returned to Naples. He married Maria Luisa de la Feld in 1949. They separated in the early 1970s and Maria Luisa died in 2006. Hans Ruesch died of cancer at his home in Lugano, Switzerland, on 27 August 2007. He was 94.