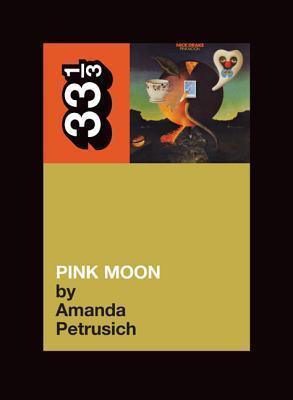 In 2000, the sheepish, astral musings of Pink Moon became synonymous with backing a Volkswagen Cabrio convertible away from a raucous house party, as VW boldly sold American drivers on the notion of eschewing red plastic cups and bro-hugs for moonbeams and tree trunks (and a cute German car - sort of). The Cabrio ad inadvertently sparked an unlikely boost in record sales, propelling the album towards platinum status nearly 28 years after its release.

But with each well-intentioned revival of interest, Nick Drake slips further and further out of reach, martyred and codified, superceded and consumed by his own tragic context. Since his controversial death in 1974, Nick Drake has become: the 26-year-old prophet, the diffident enigma, the tortured precursor to Kurt Cobain, the fallen hero, the folksinger-as-folksymbol, the self-sacrificing patron saint of lonely, disaffected teenagers - the One who died for our sins.

Like dog-eared, over-highlighted copies of On The Road, Pink Moon gets passed around, shuffled from friend to friend like a secret, and whispered into pillows. There is something about the humility of Pink Moon - its unassuming twenty-eight minute playtime, the modest timbre of Drakes whispers, the unrecognizable open tunings, the way you always find yourself inching closer to your stereo speakers, trying to climb inside this record, to feed off its weird warmth - that endures.This book will explore how a tiny acoustic record has puttered and purred its way into a new millennium.