The Stackhouses of Appalachia: Even to Our Own Times Jacqueline Burgin Painter 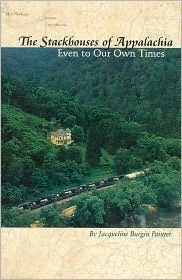 In the Southern Appalachian mountain communities of the post Civil War period, where newcomers especially Northerners we regarded with suspicion and often avoided, Pennsylvania Quaker Amos Stackhouse was accepted, respected and loved. Driven by a perpetual sense of adventure, Amos Stackhouse forged a legacy through his struggle to establish a settlement along the banks of the French Broad River in the aftermath of the Civil War. He starts and manages a barite mine, helps bring the railroad through the area, runs a logging company, establishes the Stackhouse settlement in the 1870s, builds a community for his workers and raises a family.

Filled with historical facts, personal accounts, maps, illustrations and both black-and-white and color photographs, The Stackhouses of Appalachia: Even to Our Own Time is a must-read for anyone with an interest in the Stackhouse family, the American Quaker movement or the rugged realities of the post-Civil War period in the Appalachian Mountains. The photographs alone provide a lasting treasure for the true scholar of WNC history.

Using extensive research, interviews and access to voluminous family records, journals and keepsakes, Jacqueline Painter provides a fascinating account of the Appalachian region that examines the impact one famous Quaker family has had on Western North Carolina.

Comments
Comments for "The Stackhouses of Appalachia: Even to Our Own Times":